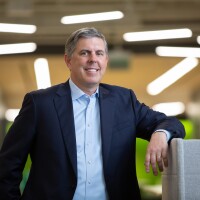 Richard McKenney is president and chief executive officer for Unum Group, one of the world’s leading providers of workplace financial protection benefits. He became president in April 2015 and assumed the role of CEO in May of the same year.

McKenney served as executive vice president, chief financial officer for Unum Group from 2009 to 2015, where he was responsible for overall financial management of the company, including financial reporting, treasury and capital management, strategic planning and mergers and acquisitions, investments, financial planning, investor relations, and enterprise risk management. He also chaired Unum’s Operating Committee, which oversees the company’s business operations throughout the U.S. and U.K.

Prior to joining Unum in 2009, McKenney was executive vice president and chief financial officer of Sun Life Financial, an international financial services company based in Toronto.