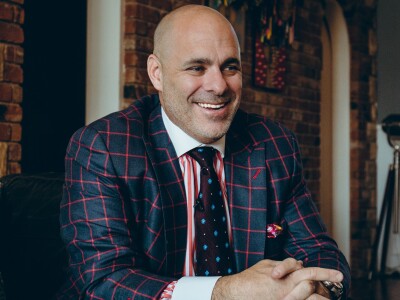 During his 25 years in the insurance and investment industries Adam H. Michaels has sat across the table from thousands of entrepreneurs, CEOs, and business leaders seeking to understand and solve the biggest issues they face with regard to attraction and retention of talent.

Having spent much of his professional career as an entrepreneur building independent agencies at Aflac, he ultimately served as their Vice President of Sales leading a team of nearly 5,000 sales professionals to more than 256M in annual VB premiums.

During that time Adam built a sizable social media following with his web series Elevate with Adam, and podcast- The Lighthouse. His highly engaged following led him to be featured in various media outlets including The Huffington Post and he was a featured guest on Grant Cardone’s Ask A Pro.

Currently, he is working in an advisory capacity for several businesses and is deep in the throes of launching a new technology startup called Enrollify.
Featured in
Shine Bright: Attracting Clients & Talent in a Modern Marketplace, Monday July 22, 2019 3:15 p.m. - 4:00 p.m.